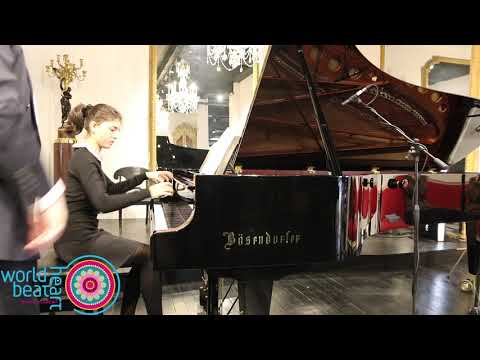 Specialising in Teaching Grade 8 and upwards, award winning composer and Pianist Michael Csányi-Wills has written works ranging from Chamber music to Choral and Orchestral works to film scores. He was composer in residence with the Welsh Sinfonia from September 2013-2016 and his recent orchestral works have been widely performed throughout the UK and commissions have taken him around Europe, Australia, China, and the USA where in 2016 his Violin concerto was premiered in the Constella Arts Festival, by violinist Tatiana Berman with principal conductor of the Tucson Symphony Orchestra, Jose Luis Gomez.

Michael has also written scores for over 40 films, most recently a feature drama such “Sideshow” starring Les Dennis and Anthony head which will have a theatrical release in March 2022. He won BEST SCORE at the Movie Maverick Awards, for his score to the short film “A love story in Milk” and was nominated at the World Soundtrack awards for Best Newcomer.
As a pianist, Michael still performs and records regularly and is currently recording the complete Weinberg Violin Sonatas with Russian Violinist Yuri Kalnits the first 3 volumes of which were released by Toccata Classics to critical acclaim. Volumes 1 & 2 won a “Diapason d”Or” in the French Magazine “Diapason”. In 2021, Volume 3 was nominated for a much coveted ICMA award, and Volume 4 is due to be recorded in 2022.

Michael is a passionate educator and appointed as Head of Keyboard and Composition at the World Heart Beat Music Academy in London. Many of his students have been awarded scholarships to major music colleges in the UK.

He is also associate conductor the BBC Ariel Orchestra, and of the World Heart Beat Music Academy Orchestra and was appointed an associate of the Royal Academy of Music in 2012.

Michael is currently not taking students under Grade 8.

I came to the UK almost three years ago with a basic English knowledge and having spent months without playing a single key of a real piano. Within days of my arrival, I received a piano lesson from Michael. From the very first comment to the last word he said when we said goodbye I could feel how professional, serious and deeply sensitive Michael was as both a teacher and musician. Throughout the two years he taught me, he pushed me to my limits as a student, making my attributes grow and helping me overcome my technical issues. He fed me with a much wider and richer vision of what music is for him as both a pianist and composer; and thus I was able to become a college student with a broader, much clearer image of the kind of professional artist I want to become. With his help I now know what to expect from myself as a pianist and kind of perfection I want to aim for.

Since Michael began teaching my daughter 5 years ago he has generated limitless enthusiasm, she just loves playing. She recently passed grade 8 with a high distinction (138/150). He is an exceptionally talented teacher.

I'm 13 yrs old and I have been taking piano lessons with Michael for bit more than 1 year. During this time, Michael not only brought my level to Grade 8, but what is more important, I believe, is that he has completely changed my perception of music. I wait for every lesson with great joy and excitement. Michael makes every lesson feel like a masterclass, even my mum can't resist to not be part of the lesson; it is like a concert for her everytime. I started to feel music differently, I greatly appreciate Michael's talent, knowledge and professionalism. I also would like to add that he has a unique sense of humour, and charisma. I can't recommend Michael enough. If you are looking for a special teacher, then Michael should definetly be your choice. (Grade 8 result - 147/150)

Michael has taught me composition for about three years. He is a phenomenal, generous and clear teacher. He has pushed me to develop my skills to a level I never thought possible. His creativity in my opinion suits a committed, very musical pupil who might enjoy a deeper musical dialogue with him. He has taught me vocal writing, chamber orchestration and a recently a few pieces for full orchestra. No doubt Michael’s teaching helped me gain a place on the KCL master’s in composition which I am currently studying.

Mark E. Reference
I have worked closely with and employed Michael over many years on a variety of educational and professional projects. He is one of the most diligent and efficient people I know who always goes above and beyond his remit to deliver the very best. He has a natural affinity with students and treats them in a caring yet expectational manner. I would thoroughly recommend him to you.
Sahana G. Reference
Michael Csanyi Wills is a superb teacher and wonderful for beginners to music conservatoire and performance level. I can not speak highly of him enough.