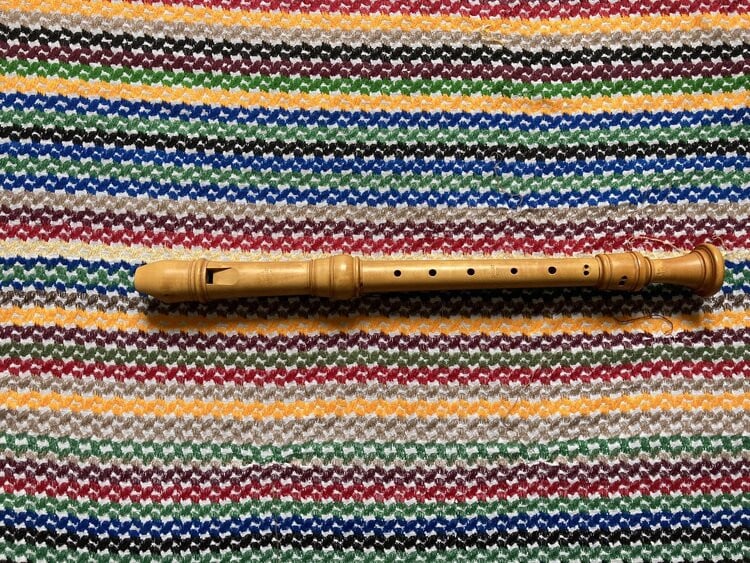 Fatima is a musician, writer, researcher, and educator. Since 2011 she has been active as a recorder player and music teacher, performing and teaching all over the UK and Europe. After listening to an old recording of some fourteenth-century istanpitta dances and falling in love, Fatima started playing the recorder aged 13. She studied with Sybil Whitman and Clare Shanks for 4 years before starting her undergraduate degree in Music at Magdalen College, Oxford University, and taking lessons at the Royal College of Music in London with Ashley Solomon. After graduating from Oxford, Fatima went on to study for her Masters as a scholar at the RCM, specialising in Historical Performance. Since 2018 she has been a Music PhD student on an AHRC studentship at Cambridge University, researching improvisation practices.

Fatima has performed in the UK at venues including London's Wigmore Hall and St John's Smith Square, and in Europe including at France's Ambrony Festival, Austria's Styriarte Festival, and at the Utrecht Festival in the Netherlands. Her teaching approach is inspired by improvisation, and she is committed to the recorder as an instrument capable of a wealth of expression, styles, and genres. As a workshop leader Fatima has worked with venues including Oxford's Playhouse Theatre, the Brighton Early Music Festival, and Live Music Now, and she has taught recorder, piano, and academic music/music theory at Birmingham Junior Conservatoire, Trinity Junior Conservatoire, Blackheath Schools for Girls, St Albans City School, St Philip & St James School in Oxford, Gayhurst School in Gerrards Cross, and East Oxford Primary School. She currently teaches her own course on Historical Improvisation at the Royal College of Music in London, where she has taught since 2016.

Qiruona Q. Reference
Fatima is a great teacher, and I can highly recommend her for music lessons!
J H. Reference
Fatima is a talented and inspiring educator. She has experience teaching at all age levels and in various fields of music such as improvisation, performance and musicology. I've had the privilege of knowing her as a supervisor and lecturer of undergraduate and postgraduate level courses, for which she creates innovate and engaging teaching plans.