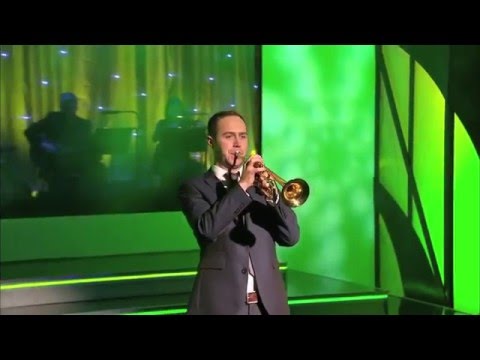 Cai enjoys a varied performing career with chamber groups, classical and operatic orchestras, West End shows, as a session musician and as a soloist, having graduated from the Royal Northern College of Music (Bmus) and the Guildhall School of Music and Drama (Mmus) (supported by Arts Council of Wales and Help Musicians UK). Throughout his career he's been extremely passionate about his teaching and has held numerous roles at some of the UKs leading musical educational institutions as well as founding 'Carshalton Brass Studio', a private lesson practice from his home studio.

He toured with the 'Miss Saigon' UK production from 2017-19 and the 'Wicked' UK tour production from 2015 -17. He was the 1st trumpet player for the world premieres of both Only the Brave (WMC and Soho Theatre productions) and Flowers for Mrs Harris (Sheffield Theatre productions) and played cornet and flugelhorn on Carousel (Regents Park Open Air Theatre). He has performed on the Les Miserables Uk tour, Annie UK tour, Chitty Chitty Bang Bang UK tour, Oliver (Curve Theatre Production) as well as Matilda and Wicked in the West End. As a founding member of Old Dirty Brasstards, Cai has appeared at numerous festivals including Glastonbury and Latitude, and has enjoyed an O2 venue tour of the UK with one of the band’s critically acclaimed ‘album cover’ shows. Guest appearances with numerous brass groups include Oompah, Westminster, Riverside, Baker St and London Chamber Brass. Commercially he has performed with artists including Bastille, Russell Watson, Luke Sital-Singh and The Sea and I.

A former member of Black Dyke Band, he has also competed with Fodens, Cory, Zone One and Eikanger Brass Bands and has numerous compositions for Brass Bands published by Prima Vista Musikk. As a soloist, Cai appeared on S4C's 'Noson Lawen' program in 2015 (see the video in gallery above), and has performed at St. John Smith Square and the Forge, Camden with Meridian Quartet.

Cai is endorsed by Bach and plays a Stradivarius model 37.

Reviews of Cai I.

Jenny B. T. Reference
Cai is a truly inspiring teacher - always positive and encouraging while pushing me to improve my playing skills. Since he has taught me my trumpet playing has made real progress, and my confidence has blossomed.
Angela D. Reference
As a very late learner, I tried 5 teachers, and I found Cai by far the best! A natural teacher, always encouraging, with lots of practical suggestions on how to improve, and his passion for trumpet-playing is infectious! Thanks to him, I'm having a great time playing in amateur bands and orchestras!